Campaign 2: Company: Snap, Inc. | Product: Snap Spectacles | Country: USA | Award: Gold Lion - Product Design (2) and Design (1)
Snapchat released their new wearable technology, Spectacles, in September of 2016. These glasses allow people to record Snapchat videos from their point of view and send them to their friends. The release of the product was done in a unique way, using large vending machines called Snapbots. They kept the drop-off location of the Snapbots a secret to generate buzz around where they would be available and dropped the first one Santa Monica, CA. The spot did a good job in drawing in the viewer using aerial footage of the Snapbots being dropped off and user generated content from Snapchat enthusiasts who posted video reactions online. They also did a great job mixing in broadcast coverage bits on the release and I enjoyed the opening frames that showed an animated Snapbot, introducing it as a fun and functional product. Although the music was not particularly noteworthy, the spot was not meant to be a cinematic experience but rather a well-developed overview of the product and its unique release.


The design of the product itself is well done, avoiding problems faced by a similar product, Google Glass. However, it needs iteration because it's not easily learnable, some people struggle with the pairing process in the beginning. Of course, with every new product there is a learning curve, but the instructions should be more explicit. The packaging is well done, although it may come across as clunky, and in the future, many will want to see the Spectacles come out in different colors and designs that are more aesthetically pleasing. Despite this, the secrecy around the release and the unique way they used vending machines instead of going online or in a retail store gives people a more immersive experience when purchasing and generates buzz before the actual release. Also, releasing it in small quantities in few select places makes the product seem more exclusive and therefore the enthusiasts will want it more. 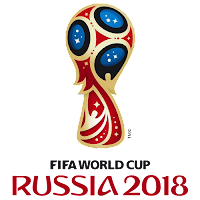